Sebastian Wall, Director Plenipotentiary for Competitiveness Strategy at the Polish Technical Assessment Body Instytut Techniki Budowlanej (ITB), is well-known and highly regarded inside EOTA. He has contributed widely to EOTA work since 2013, serving, amongst others, as Treasurer, member of the Financial Working Group and the Executive Board.

Sebastian takes over from Karsten Kathage, Vice President of the German TAB DIBt, who, after having completed the statutory maximum of four years in office, passed on the baton to a trusted successor. "EOTA has always been about working together to create a harmonised European assessment scheme. Having collaborated with Sebastian for several years, I may say that I leave EOTA in good hands” said the outgoing president and went on thanking the EOTA Secretariat and all EOTA colleagues for their support in his two-term presidency.

"It has been and is a challenging time" – the outgoing and incoming EOTA Presidents agreed, referring also to the ongoing CPR review discussions. "But I like challenges," added the new president, earning smiles from the members of the General Assembly.

"The ETA route provides a valuable alternative route to CE marking for products that are not yet mature enough for standardisation or evolve to quickly or cannot be standardised for other reasons. It is well-established, harmonised and yet customisable. This is why it will continue to be relevant for the construction sector, especially as our industry goes more digital and greener."

Technical Board Chair Luisa Morfini, from ITC, Italy, had some positive numbers to report: "44 EADs have been published in 2020, 19 in July and another 25 in November. The European Commission has also already greenlighted several more for publication next year. So, we can say that our efforts to respond better to the European Commission’s formal criteria for an EAD are beginning to pay off."

General Secretary Sergio Vazquez Jimenez briefly presented the results of a study on the added value of EADs and ETAs commissioned by EOTA and published in September 2020.

“The study shows that the ETA meets market needs. It highlights the economic benefit of the ETA in terms of improved sales, market share and market access, international recognition and higher visibility for manufacturers. However, we aim to do still better. The additional internal QA stage we implemented at the EOTA Secretariat last year has been an important step in facilitating and speeding up EAD citation.”

Finally, the General Assembly also welcomed a new member, Element Materials Technology Rotterdam. Its know-how and its support will be a valuable addition to EOTA, especially since the organisation will not be able to count on its 8 UK members that will unfortunately lose their status as Technical Assessment Bodies by the end of 2020 due to Brexit.

On this point, to allow EOTA and the UK bodies to continue their cooperation beyond 31 December 2020, the General Assembly approved a change of statues that will allow the UK bodies to stay on in keeping the role of observers. 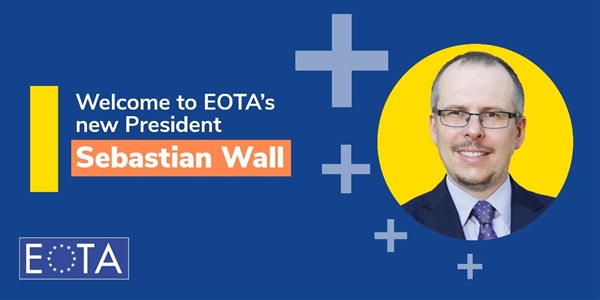